Animals suffer from medical conditions similar to those affecting humans, such as cancer, arthritis, diabetes, sleep disorders, anxiety and chronic pain. Seeking health care treatment options for pets is a similar proposition for pet owners who want the safest, most effective therapies for their animals that are also financially economical & cost efficient.

These expenditures indicate pet owners are spending exorbitant amounts of money to comfort and heal their family pets.

However, many pet owners are weary of giving their pets conventional pharmaceutical drugs and potentially harmful chemicals. For these pet parents there are only a limited range of natural products available that are proven effective enough to be worth considering giving to their beloved furry friends.

There is a growing grassroots interest and awareness of the medical potential offered by cannabis extracts and other preparations produced from the raw plant material that these products are equally as effective in treating ailments in pets as they are in their owners. Cannabis supplements offer a natural and effective way to treat a number of ailments in both people and pets.

In fact, one of the biggest selling points of cannabinoids supplements is their very favorable safety profiles; there is no known overdose level for the compounds contained in the cannabis plant.

Also, when taken orally, there have been no long term negative health side-effects of CBD. This makes them a great choice for those seeking alternative medical pet care therapies.

It is a now well-known among scientists and cannabis consumers that CBD has no psychoative effects producing positive effects on patients suffering from neurological disorders without the ‘high’. But, many people wonder, if CBD is not a psychoactive component of cannabis and brings so many varied health benefits, why the continued reticence of its wide spread use on the part of the authorities.

The answer lies in the fact that there are still many erroneous assumptions and superstitions when it comes to CBD because it is extracted from cannabis–known for so many decades as a psychoactive plant. Every laboratory test done on CBD proved, without a doubt, that CBD does provide obvious positive effects on people as well as observational evidence for canine treatment without the notable psychotropic activity.

Recently, however, the FDA admitted that full spectrum CBD provided beneficial effects when used as a treatment for a variety of neurological disorders in experimental models, such as epilepsy and seizure-triggering conditions, as stated by Anna K. Abram, an FDA Deputy Commissioner. 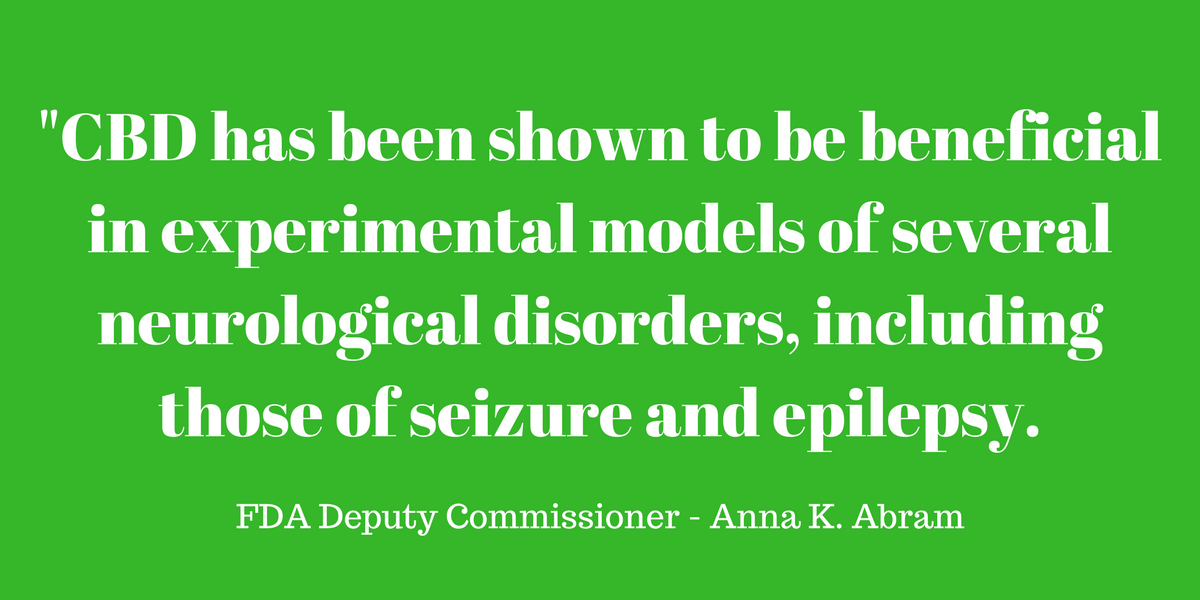 Maybe the authorities will be convinced that their old conceptions about cannabinoids are outdated and that they should embrace the results provided by studies and experiences of so many people.

CBD for dogs can become a reliable treatment, free of unwanted side-effects, for a wide range of animal illnesses, including severe canine neurological disorders like epilepsy.

Due to the increase of cannabis-based products on the market for both humans and animals there is considerable confusion about the difference between hemp and cannabis oils.

The main difference, especially regarding the extracted oils, is in the number and type of cannabinoids they each contain. There are over four-hundred natural compounds in both marijuana and hemp with tetrahydrocannabinol (THC) and cannabidiol (CBD) being the most relevant to our understanding. THC is the cannabinoid that is responsible for giving a high or “stoned” feeling, while CBD on the other hand, is not psychoactive and has the attention of many research experts.

Hemp Seed Oil is a hemp extract from the seeds of the industrial hemp plant–it is the only plant variety used for this type of hemp oil. The seeds of the hemp plant can be cold-processed (pressed, peeled or unpeeled) to create a flavorful oil. Hemp seed oil is legal in most countries and can be found in most local food markets, together with more common types of olive oil or cooking oils. Hemp seed oil is know for having great taste and for high values of unsaturated fatty acids, such as Omega3 & Omega6.

Special note; there are NO cannabinoids (THC or CBD) present in hemp seed oil. So it’s use as a therapeutic agent for acute or chronic conditions like inflammation would be of little consequence to those seeking relief of these health challenges for themselves or their family pets.

CBD rich oils, on-the-other-hand, contain valuable cannabinoids with little or no THC. CBD oil is obtained via extraction made from cannabis flowers or more often from hemp plant strains grown specifically for high concentrations of CBD. This CBD extract can then be mixed with other types of oils (coconut, hemp seed oil, olive oil) to help facilitate administration or ingestion.

CBD oil products are non-psychoactive and are, therefore beneficial for dogs with a full-range of conditions & diseases including Separation Anxiety (SA), skin allergies, GI problems and Canine Epilepsy.

Industrial hemp is the name given to Cannabis plants that have been bred for fiber and seed production that legally must be below 0.3% THC. When Cannabis is bred for fiber production the cannabinoids (CBD, THC, etc.) and plant terpenes (the aromatic smell of the plant) are naturally bred out so the plant will spend its growth energy on producing strong fibers and not flower tops. Males and female plants are are grown together so that, through pollination, seeds will form.

This production method takes away from the plant producing cannabinoids & terpenes but results in taller growth and more seeds. These industrial hemp plants have very low levels of CBD which gives them very little effectiveness as a phytonutrient therapy for dogs or humans.

Although industrial hemp is great for many uses; CBD consumption by humans or canines is not one of them.

“Marijuana” is the name given to Cannabis plants that have been bred specifically for human consumption that are over 0.3% THC concentration. When cannabis is genetically bred for human consumption, the cannabinoids (THC, CBD, etc.) and terpenes are naturally bred in to make up a larger percentage of a plants ‘profile’ to give it a broader therapeutic effect.

Only female cannabis plants are grown so the flowers are not pollinated–which means no seeds–so the plant can focus it’s growth energy on cannabinoid and terpene production. Marijuana strains can contain over 30% THC with the majority of medical marijuana plants’ THC profile being in the range of 15-20% THC concentration.

By comparison, cannabis in the 70s contained an average of 6 to 8% THC. Less than half of current cannabis THC product yields.

Focusing on THC content alone meant growers overlooked CBD during the hybridization process, making access nearly impossible for anyone hoping to experiment with CBD as medicine.

Now however, these engineered cannabis plants contain a wide spectrum of cannabinoids and terpenes that make them extremely powerful sources of natural plant medicine due to the synergistic ‘Entourage Effect’ of the plant compounds. 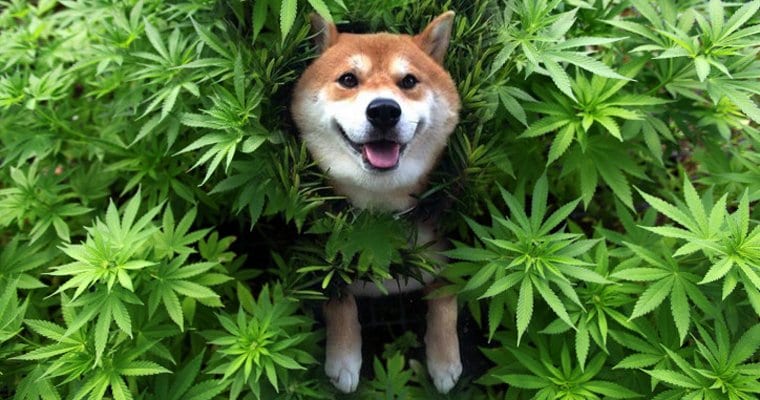 The current CBD movement started around 2008 with marijuana plants producing over 0.3% THC. High amounts of CBD were originally rare in marijuana plants since CBD was accidentally bred out of cannabis as breeders were trying to design new genetics that would create higher concentrations of THC within the plant for a more psychoactive, euphoric experience (the high factor). CBD was an after-thought.

But people were finding marijuana plants with generous amounts of CBD (as demonstrated in lab tests) were also having beneficial effects without the stoned-feeling. And since CBD extracted from marijuana (not hemp) tends to be great quality source of full-spectrum cannabinoids, marijuana growers and breeders started to take a closer look.

However, since CBD extracted from marijuana can not legally cross State lines, breeders decided to start with a plant made for human consumption but with high levels of CBD instead of THC. This was the birth of high-CBD-hemp.

These new super hemp strains grow like marijuana, smell like marijuana, and even look like marijuana–but the THC is much lower (<0.3%) but have a much higher dosage concentration of CBD. In the time since 2008, many enthusiasts have realized that this miracle compound can stop spasms, calm anxiety, and soothe chronic pain. Now, the medical potential of CBD has taken cannabis to mainstream audiences.

Preclinical trials over the past four decades have found that the cannabinoid CBD shows promise as an:

CBD is often used by patients in the form of an oil or edible cannabidiol treat. Patients with more chronic conditions such as cancer and epilepsy often use medical cannabis oil extracted from high-CBD varieties of cannabis along with high THC varieties. Although there is still much to learn about CBD, scientists have discovered that the CBD compound does a lot more than engage cannabinoid receptors within the body to alleviate pain.

The effects of CBD in the body are broad and far-reaching. CBD is now known to directly or indirectly affect the Vanilloid Receptors as a molecular target for antihyperalgesic (pain reducing) action. 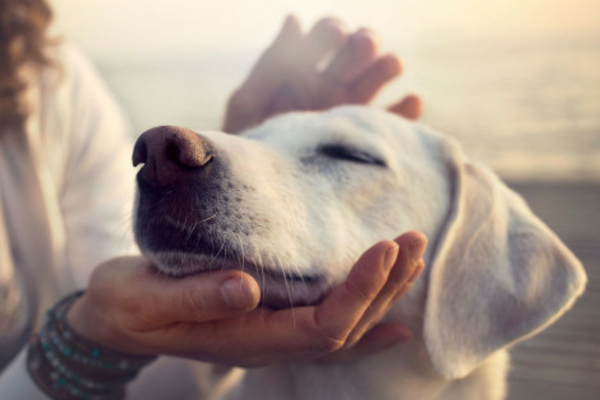 Make no mistake: dogs both experience pain and show signs of being in pain. Signs of pain and distress can vary tremendously among individual dogs, depending on their age, fitness level, and social environment.

Some dogs have an amazing pain threshold; others are much more sensitive. Their inability to communicate does not, in any way, diminish their potential to experience acute or chronic pain from trauma, disease or underlying issues like hip dysplasia or arthritis as they age.

Unfortunately, because our pet companions are not able to directly convey their feelings of pain and discomfort, identifying symptoms in your dog can be difficult–making treatment and therapy options ambiguous and imprecise.

Dogs convey their messages primarily through body language–through barks, growls, and whimpers–each having distinct meanings; so it’s important to recognize what each nuanced gesture means.

The most obvious signs of pain in dogs include:

Suspecting your pooch may be in discomfort and trying to decipher his ‘pain-expression-dynamics’ is key to using CBD as a natural therapy modality. Knowing your dog’s behavior when in pain can be used as a baseline barometer for when you begin to administer CBD. Your dog’s actions and innate gestures will tell you how much CBD Oil dosage is alleviating his pain. His pain expression is your starting metric for assessing whether CBD is making him feel better or how much you need to increase his dose to see an observable change in his behavior. 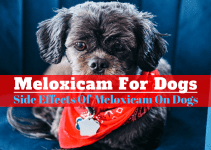