There is no doubt that a dog with depression can be melancholy and mopey. It is not uncommon for pets to get down, “get the blues” or show obvious signs of discontent; especially during periods of change or uncertainty that affect their lives.

But it is rare for a dog to suffer from a long-term state of depression compared to the clinical depression exhibited by people.

Whether the problem is a pet parent leaving for work causing separation anxiety or the loss of an animal companion, we know that pets, and dogs in particular, can exhibit behavioral changes consistent with depression.

Although dogs do not have the same capacity for reasoning as we humans, it doesn’t mean they cannot experience an emotional state of depression. In dogs, depression is not exactly the same complex clinical disorder that it is in people. However, dogs can certainly experience bouts of depression.

Can Dogs Get Depressed?

Dogs are truly sensitive to those around them and can respond dramatically to upsetting changes in their lives. When major life changes occur such as a family move, divorce or relationship breakup, or the death of another pet in the house, it is not uncommon for dogs to have an observable period of mourning and depression.

Positive changes to a home environment, like the addition of a new baby, can also illicit negative behavioral changes in a family pet that reflect a somber, despondent mood.

Even minor life changes that you might not pay much attention to as a pet parent can dramatically affect a dog. Things like rearranging furniture, introducing a new pet to the home, or a change in an owner’s work schedule can change the routine enough to throw a dog off-pace and cause some signs of depression–if only temporary.

Dog depression symptoms are very similar to those in people. When dogs are depressed, they often appear sad, lethargic, and withdrawn. They become inactive. Their eating and sleeping habits often change. Some dogs will stop eating or eat much less than usual. They may drink only minimal amounts of water and lose interest in play. Activities they previously enjoyed with vigor and passion are now avoided.

Eventually, some depressed dogs can lose drastic amounts of weight and can develop a variety of physical illnesses from long-standing depression. 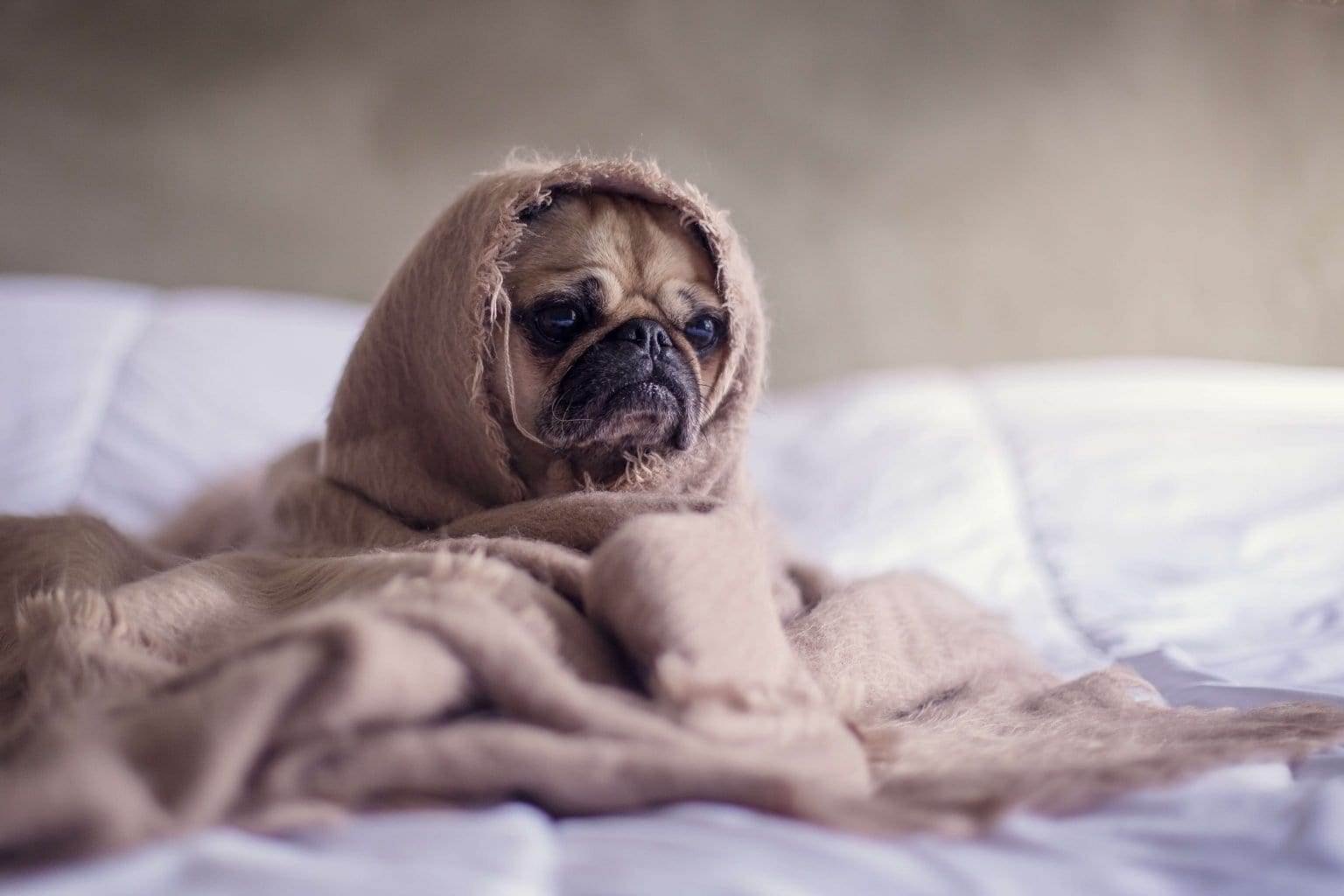 Why Do Dogs Get Depressed?

Causes Of Depression In Dogs

There are several potential causes of depression in dogs. As a pet owner, the first step in helping your dog is to recognize the problem exists.

Some of the common causes of canine depression are the following:

Some of the common symptoms that are often correlated to canine depression are the following:
– Decreased appetite
– Regression in housetraining/ increased accidents in the house
– Sleeping more hours than usual
– Lack of interest in exercise
– Sudden onset of aggression
– Acting disoriented or lost at home

These symptoms can also indicate a dog has a more serious medical problem, so the first course of action should always be to have a full checkup by a veterinarian. Any pet that shows a change in behavior, mopes around or no longer wants to go for walks could simply be in physical pain or have an unrecognized illness or injury.

As we’ve seen, changes in a dog’s life and routine could lead to periods of depression. Here are some of the warning signs of to be aware of if you suspect your dog may be depressed:

Appetite Changes – when some dogs are extremely sad, they lose interest in food and often lose weight. Alternatively, there are dogs that seem to use food as a kind of solace when they are depressed and want to eat more, leading to weight gain.
Sleeping all the time – dogs sleep a lot, usually more than 12 hours a day. But this typically happens when their owners are gone. If you leave your dog for a long time (say, for work) and he continues to sleep after you get home, barely reacting to your presence, something is probably wrong. Check for physical problems first, but if you can’t find anything and the symptoms continue, he may be depressed. Also know that this can work in the opposite direction, with your pup having trouble sleeping and becoming more restless.
Loss of Interest – if your dog suddenly loses interest in playing, going for walks, and other things that would normally excite her, take note. Dogs who become less active, slow down, or seem to lose purpose may be suffering from “doggie depression”.
Paw Licking – depressed dogs will often lick or chew their paws to soothe their emotional state. Excessive licking or chewing may be rooted in a physiological or psychological issues.
Avoidance / Hiding – dogs that suddently hide or want to be left alone behave that way beccause something is bothering them or causing unneccessary fear-response. If it’s not physical, it’s likely emotional. The biggest thing to remember is not to assume that your dog is depressed right off the bat.
Often, behavior issues that seem emotional really stem from physical, medical causes. The first thing to do if you notice a change in your dog’s behavior and activity level is to have your pup checked by a veterinarian.

A slow deterioration and loss of initiative are definite clues that something is bothering your dog. If this is happening to your dog, you need to address it right away and start to make life fun again!

Once you have ruled out a health problem, an increase in your dog’s activity level is the next step to helping your dog. By keeping them engaged, doing more of the things they like to do and getting them a little more outdoor exercise they will perk-up and begin to show their unique personality again.

Try to engage in fun activities with your dog, like games, fun tricks, and general training. Take some time to bond with your dog. You may also consider letting your dog play with other dogs or go to doggie daycare for new experiences. 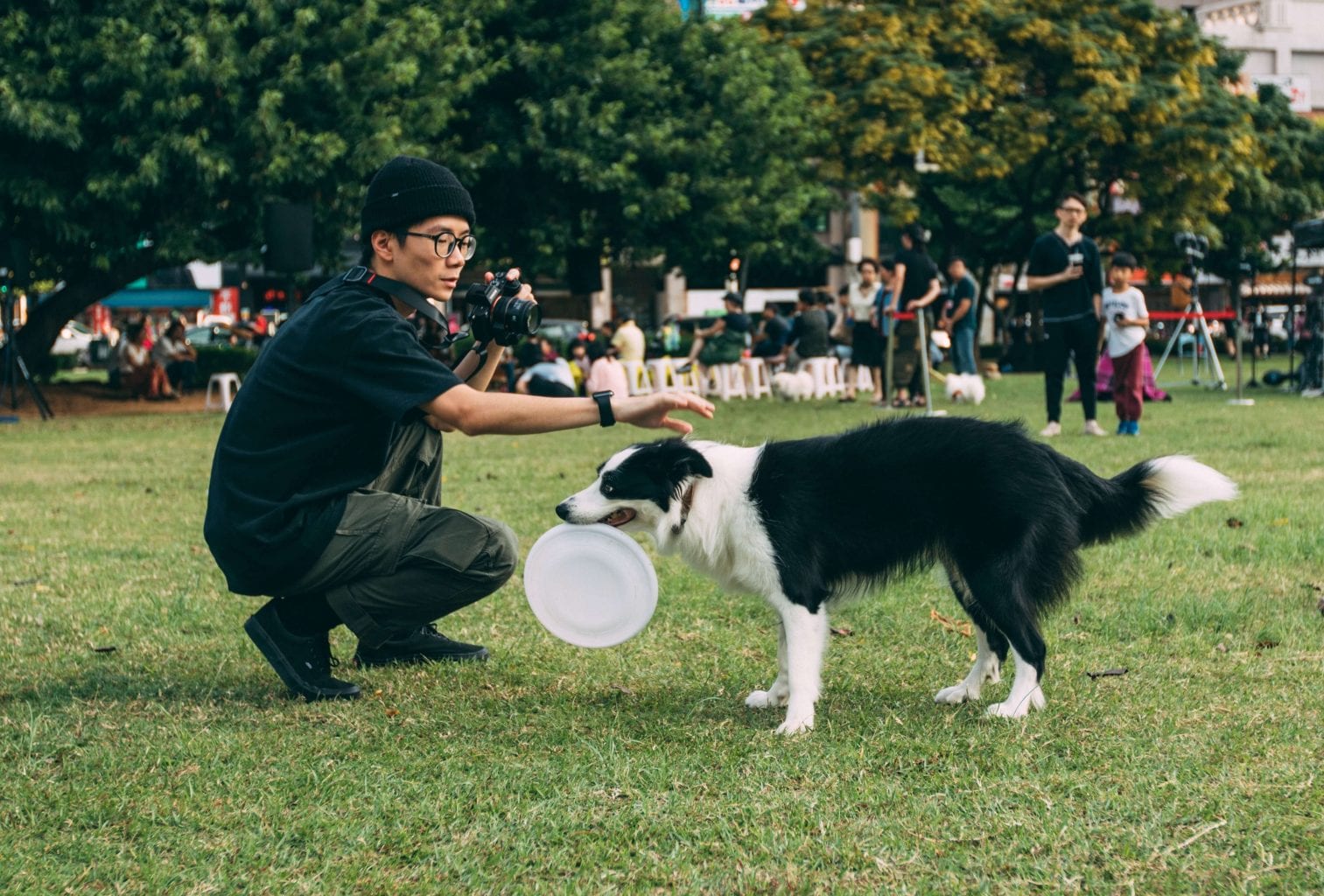 Take time to bond with your dog with fun activities and game-play that sparks their mental energy.

It’s natural that you’ll want to pay more attention and give close comfort to your dog when he is depressed. That’s what caring parents do–but try not to coddle or overly comfort your dog. Too much coddling and comforting on your part may actually reinforce the sad, depressing behavior.

And don’t forget to reward them when they show signs of happiness. If the only thing that still gets a little tail wag out of your dog is a car ride, then take him for a series of short rides each day, praising and rewarding him when he appears happier and more joyful.

Just be careful not to encourage the “negative behavior” by lavishing a depressed dog with attention and doggie treats while he is moping, The dog will think you’re rewarding him for that type of behavior.

It’s also very important to try your best to stay on schedule and stick to your normal routine. This can give your dog a sense of security and boost his confidence.

As a loving dog owner, you will be relieved to learn that you can actually help your dog with mental depression.

Without any medical intervention most dogs bounce back from depression within a few days to a few months with just a little extra TLC.

If patience and proper engagement doesn’t work, medications can help dogs get past their depression. According to the American College of Veterinary Behaviorists, medications for depressed dogs are the same as those used by depressed humans.

In severe cases, your veterinarian may recommend a medication such as Paxil, Prozac (fluoxetine) or Zoloft to help your pet through an especially difficult time or rough transition. Some vets will prescribe Clomicalm, an FDA approved drug for the treatment of separation anxiety in dogs.

However, some pet parents are concerned about the lasting effects and addictive nature of these anti-depressant drugs for their dog.

If you notice your pet is skittish, anxious or overall, not acting like themselves, it is normal to worry. Much like humans, dogs will experience various ebbs and flows in their mood–all caused by a variety of factors.

No matter the underlying cause, changes in your dogs behavior are worth further investigation. Whatever we can do to ease our pet’s stress, anxiety and depression is worth considering. 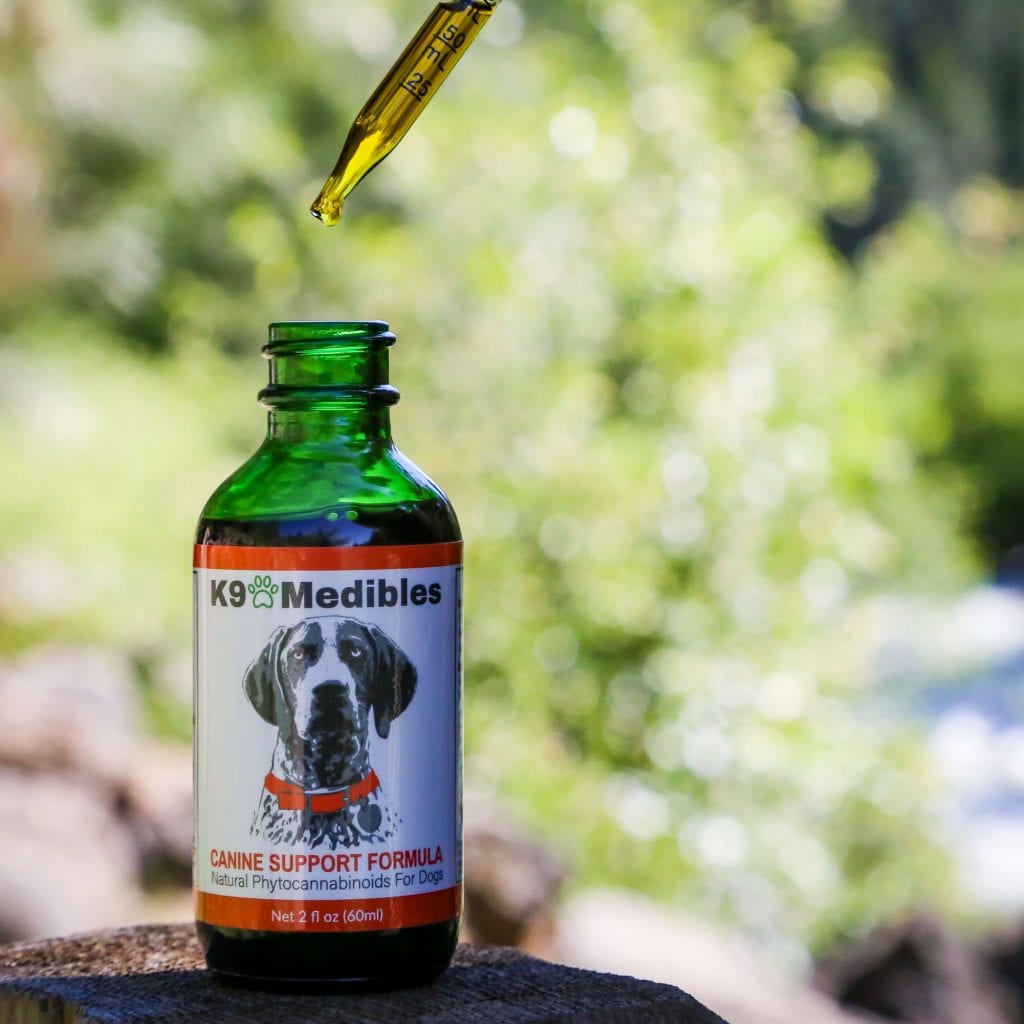 CBD Oil Is A Natural Anti-Depressant For Dogs

CBD oil from hemp has shown to have anti-anxiety properties that can extend to our four-legged friends during times of stress and emotional adjustment. This natural, plant-based cannabinoid can help your dog feel more relaxed, at ease and better able to adapt to changes in his immediate home environment.

Cannabidiol (CBD) is a non-psycho-mimetic compound derived from hemp that induces anxiolytic- and antipsychotic-like effects in animal models. More specifically, the effects of CBD may be mediated by the activation of 5-HT(1A) receptors.

Similar to the actions of conventional antidepressants, CBD can enhance bio-chemical signaling of serotonergic and noradrenergic transmission in parts of the dog’s brain responsible for the stress response axis. And CBD appears to contribute to some of the neuro-adaptive alterations attributed to prescription anti-depressants.

Put simply, preclinical findings support the rationale for the use of full spectrum hemp CBD oil as an agent to treat mood disorders in dogs.

If you want your dog to be happier, healthier and more confident during those temporary transitional times when our fast-paced lifestyle puts added stress on our canine companions, there is a more natural, less harmful way to support your dog’s anxiety and reduce the impact of depression.

CBD oil from hemp can be a better treatment option for dogs with mood disorders and depression without the negative side effects or long-term addictive properties from traditional presciption anti-depressant medications. Your dog deserves to be happy–And CBD can help!