Even though seizures are a frequently reported neurological conditon in dogs, it’s never easy to see your beloved pup be affected by a convulsive fit or seizure.

A seizure is any sudden and uncontrolled movement of the animal’s body caused by abnormal brain activity. Seizures may be very severe and affect all of the body–or–quite mild, affecting only a portion of your pet.

When it comes to managing seizures in dogs, veterinarians still rely on the anti-seizure medications phenobarbital and potassium bromide in the majority of maintenance regimens for these dogs. But managing seizure disorders is a challenge, especially when a dog does not respond to standard phenobarbital or bromide therapy.

In 25-30% of refractory cases of epilepsy (where dogs are unresponsive to traditional AE drugs), veterinarians will prescribe Keppra to manage canine seizures.

Keppra For Seizures In Dogs

Keppra belongs to a class of drugs called Anticonvulsants. Keppra is a popular choice for veterinarians because it is not metabolized by the kidneys, which makes it a safer option for dogs with pre-existing liver or kidney diseases.

But there can be profound adverse effects of Keppra for dogs–namely, behavior changes including increased aggression!

When is Keppra Prescribed to Dogs?

Keppra, also referred to by the generic name Levetiracetam, is a prescription medication used to treat the symptoms of partial onset seizures, tonic-clonic seizures and myoclonic seizures in dogs.

Keppra can be used alone, or in conjunction with other anticonvulsants such as phenobarbital or potassium bromide; and more recently, used successfully with natural plant extracts containing  the phytocannabinoid CBD from hemp.

Keppra is relatively safe for dogs, but studies are still looking into other possible side effects. Unlike phenobarbital or potassium bromide, it does not seem to affect the liver or liver enzymes. It does, however, require a higher dosage than other medicines.

As with any anticonvulsant medication, Keppra should never be cut off suddenly–doing so may lead to a life-threatening seizure. When discontinuing this medicine, a gradual withdrawal is always suggested to prevent possible withdrawal seizures.

Keppra For Dogs Side Effects

Levetiracetam (Keppra®) is a popular medicine for refractory epilepsy in dogs because it has been shown to be fairly reliable and has minimal side effects potential compared to other anti-convulsive medications.

However, all seizure control medications have potential adverse effects.

Based on experience in human medicine, levetiracetam generally is well tolerated in dogs with the most-likely side effects include changes in behavior, drowsiness and GI upset, including vomiting or diarrhea. 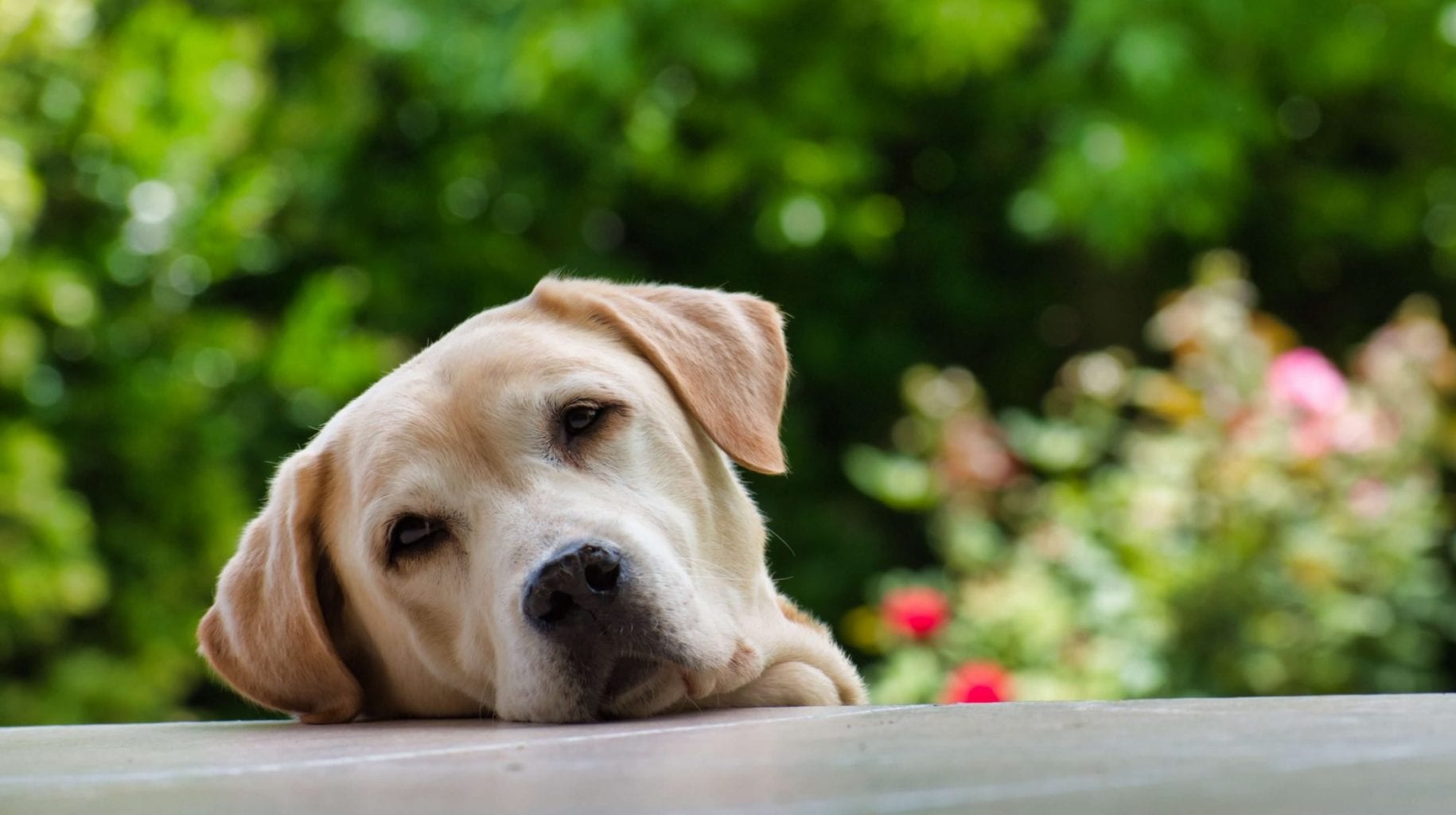 Sedation, drowsiness and coordination problems are potential side effects of Keppra in dogs.

One quarter of the dogs without pre-existing behavioral abnormalities developed behavioral changes associated with the administration of LEV.

Based on these results, the authors conclude that behavioral changes (hyperactivity, aggression, somnolence) can occur in dogs being administered LEV, and this should be taken into consideration when discussing treatment options with your dog’s pet care professional.

Primary Side Effects Include:

Keppra In Dogs – Disadvantages For Long Term Use

The chief disadvantage of levetiracetam is that tolerance can develop when it is used long term, which means that it will not work as well over time.

Studies suggest that 60% of dogs respond initially; however, after 4–8 months, there is a loss of effect in two-thirds of previous responders because of development of tolerance.

Another drawback to Keppra is it must be given three times daily (TID) in most veterinary patients. The more inconvenient a drug’s dosing schedule is, the easier it is to skip doses which, in this case, could mean seizuring for your dog.

There are extended release formulations that can be used twice daily but the tablets cannot be cut or even chewed without interfering with absorption into the body, thus they may not be an option for smaller K9 patients.

There is also an injectable formulation that could be useful for stopping unexpected seizures at home but this is for select situations and the majority of pet owners are not comfortable with this mode of application.

Therapeutic levels have not been established for levetiracetam; however, some experts recommend checking levels after a patient’s seizures have stabilized for a week or two so as to get the ‘therapeutic range’ for that individual canine patient.

In dogs, Keppra is administered by mouth three times per day beginning at 10-20mg/kg.

The initial dosage can be increased every 2 weeks in increments of 20 mg/kg if therapeutic benefit has not been noted. On the high end of dose range, adverse effects of salivation, restlessness, vomiting, and ataxia at dosages greater than 400 mg/kg/day have been seen experimentally in dogs but resolved within 24 hr of discontinuing the drug. 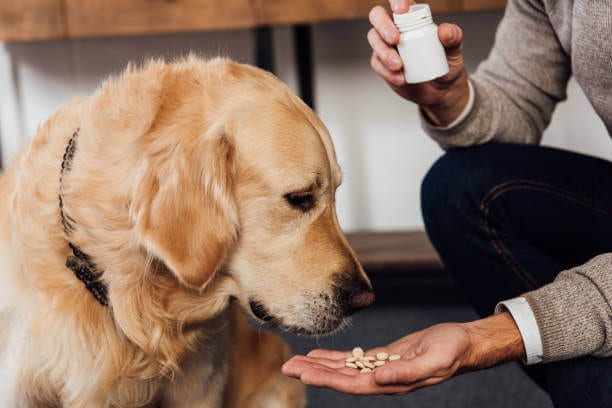 Do not use anti-convulsive medicaions in pets that have kidney inflammation/infection, severe breathing problems, or severe liver disease.

There is new information that over time, phenobarbital may “teach” the body to remove levetiracetam more quickly, possibly necessitating higher dosages to maintain the same blood levels. In this event, it may become necessary to add or change seizure medications to achieve the same anti-seizure effect.

Further, the phenomenon of tolerance occurs with levetiracetam such that after a long time, an effective dose may simply no longer be effective as the body becomes tolerant.

As with any anticonvulsant medication, Keppra should never be cut off suddenly. Doing so may lead to a life-threatening seizure. When discontinuing this medicine, a gradual withdrawal is always suggested to prevent possible withdrawal seizures.

Keppra has excellent oral bioavailability with a half-life around 4 hours and is primarily excreted unchanged in the urine without undergoing hepatic metabolism.

Is Keppra Safe For Dogs?

In certain cases Levetiracetam is safer for pets to use than other anticonvulsant medications because it passes through the urine instead of being broken down by the liver or metabolized by the kidneys. 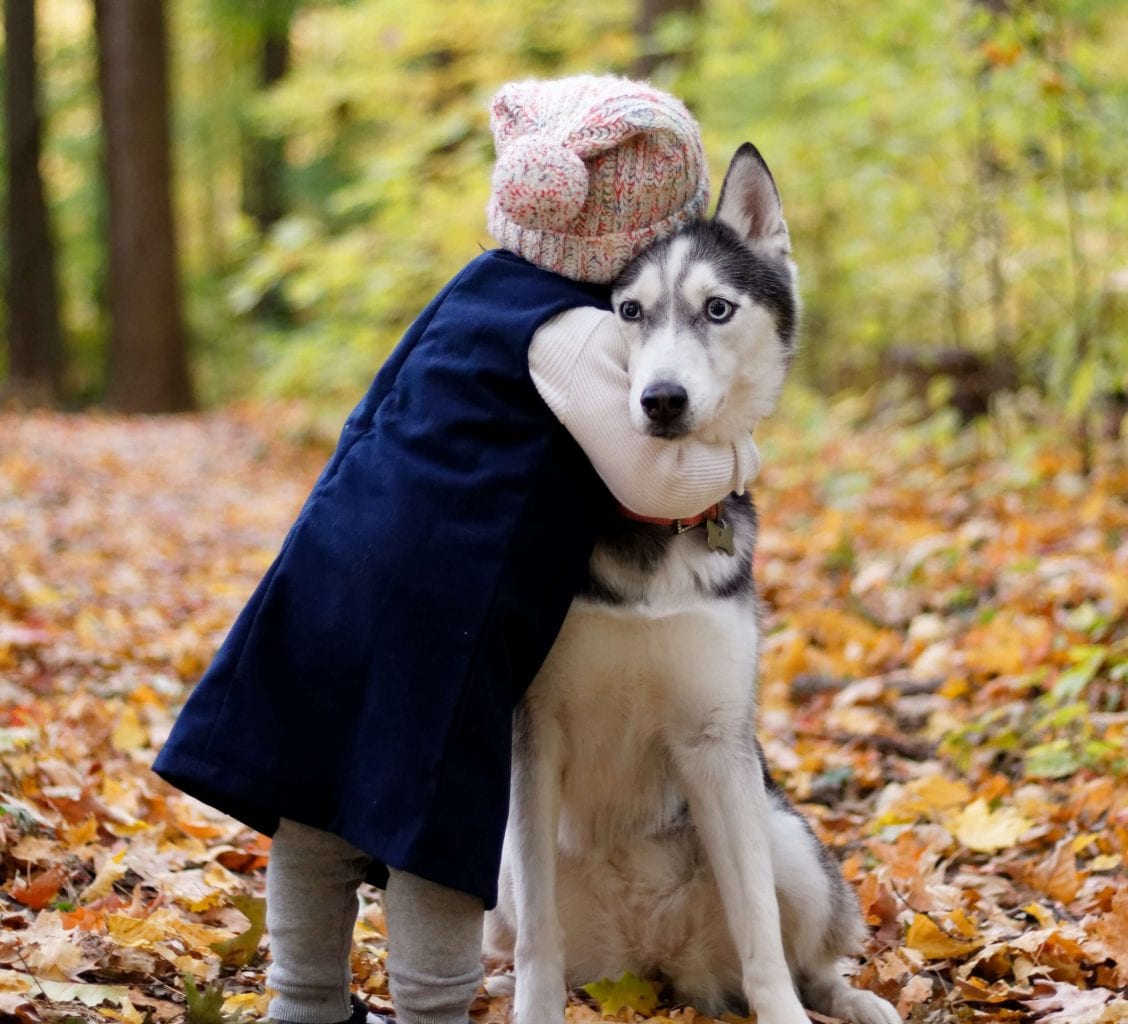 Taking care of a pet with seizures is a life-long responsibility.

Even though Levetiracetam isn’t metabolized by the kidneys, it is not recommended for dogs with decreased kidney function, so tell your veterinarian if your pet has kidney disease–your dog’s dosage may have to be reduced as a precaution.

Also, exercise prudence and caution with pregnant or lactating dogs.

Laboratory tests show that Keppra can cause an increase in embryonal and fetal losses. If your dog is pregnant, talk to your vet about possible alternatives. Your vet may still prescribe it should the benefits outweigh the possible risks.

A final precautionary reminder, do to it’s potential for tolerance, do not stop giving Levetiracetam suddenly unless directed by your veterinarian. Suddenly removing Keppra can result in your pet experiencing a seizure.

Improvement in epilepsy treatments are urgently needed, especially for dogs with drug-resistant epilepsy or where side effects of currently available drugs are not tolerated.

For pet parents seeking a more natural way to reduce their dog’s seizure activity without the negative side effects frequently found in prescription drugs such as Levetiracetam & Phenobarbitol, CBD from hemp offers a potential therapeutic option.

Cannabidiol (CBD) is a phytocannabinoid which mimics the naturally occuring chemicals in the body that’s been has shown to be well tolerated by dogs even at very high doses. 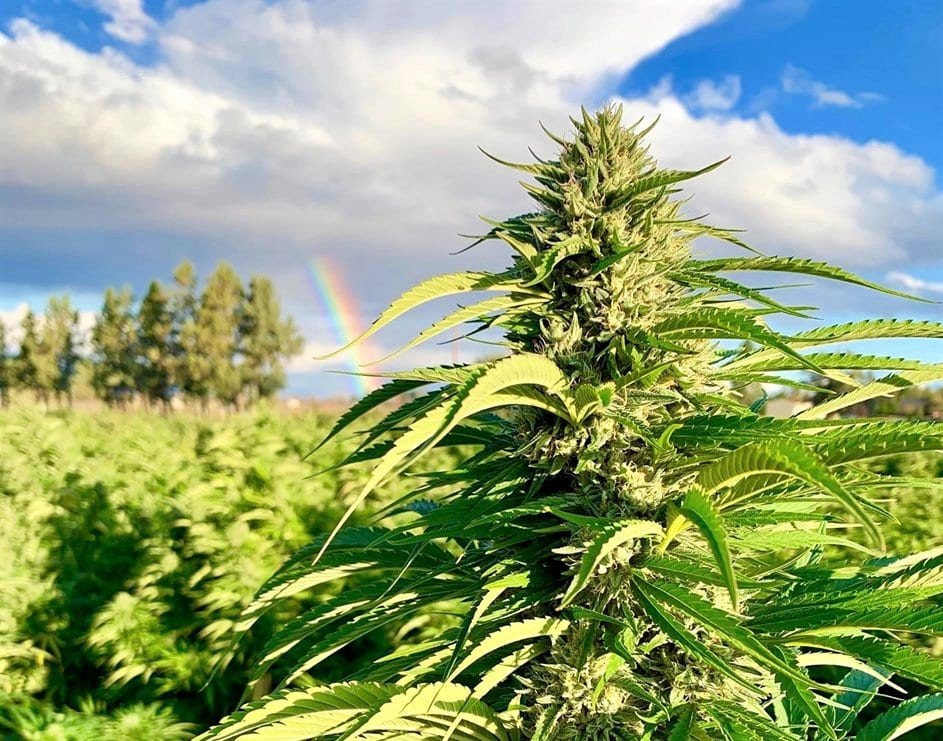 Cannabidiol (CBD) is a phytocannabinoid with neuroprotectant, anti-convuslive properties to relieve seizures in dogs with refractory epilepsy.

CBD Oil For Dogs With Seizures

CBD is known for its antioxidant, anti-inflammatory, and anti-seizure properties. Studies have found that CBD can be a successful adjunctive therapy used alongside AE medications like Keppra to produce a consistent, measurable reduction in the frequency of canine seizures–And a potential long-term treatment for dogs with Idiopathic Epilepsy.

One major clinical trial to study the use of cannabidiol to treat drug resistant epilepsy in dogs was led by Stephanie McGrath, MS, DVM, DACVIM (Neurology), at Colorado State University’s College of Veterinary Medicine and Biomedical Sciences.

Known as the “Efficacy of Cannabidiol (CBD) for the Treatment of Canine Epilepsy”, Dr. McGrath intended to determine if CBD is effective for treating epilepsy in dogs and measure the potential adverse side-effects of CBD as an anti-convulsive medication.

She studied 16 dogs with greater than 2 seizures a month and found that using a full-spectrum CBD extract in a carrier oil of MCT oil showed positive clinical results with a statistically significant reduction in the FREQUENCY of canine seizures with ZERO adverse side effects–even when combining CBD and Keppra for the managment of epilepsy.

A study of this scope proved the efficacy of plant-based cannabinoid therapy for dogs with uncontrolled epileptic seizures.

As with all anti-convulsive medications, what works for one dog may not be as effective for another. 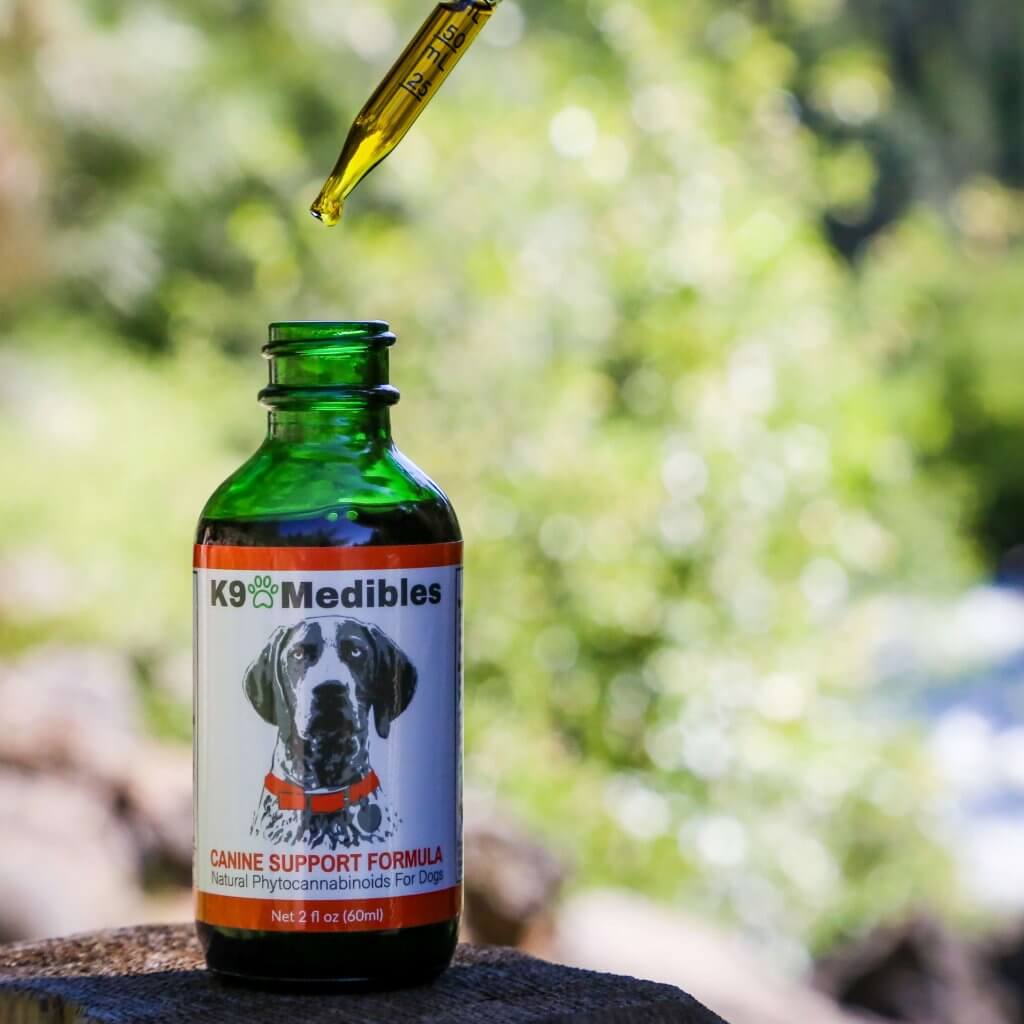 Canine Support Formula is a safe, natural alternative that can be used with Keppra but without the undesirable side-effects of prescription pain medications.

But for those dog owners who want to decrease seizure activity and give their furry friend a better Quality of Life without the unsettling side effects and organ damage from a lifetime of use of prescription medications, CBD is proven to be an effective treatment alternative.