While the recent spotlight is currently focused on the ever-expanding realm of CBD hemp oil for canine health conditions like anxiety, epilepsy and cancer, the history of the plant and its relationship with humans goes back thousands of years.

Hemp and hemp based products are seeing a resurgance in their evident medicinal potential, making this an exciting time for pet parents who are encouraged by the positive impact full spectum hemp CBD has on their K9 companions suffering with arthritis pain, neurological disorders or age related joint deterioration and mental decline.

Many people refer to the hemp plant and it’s derived cannabinoid components as a more environmentally-friendly, more renewable resource than other plant resources–But what exactly is full-spectrum hemp oil?

What Is Full Spectrum Hemp Oil?

Unfortunately, the hemp industry has no governing body that determines definitions and meaning behind commonly used terms. Given the relative newness of the hemp industry, the opportunity has sprouted for organizations to define these common industry terms.

One such group is the U.S. Hemp Authority. This group defines full spectrum as, “… the total extract of the hemp flower and leaves, including THC and other cannabinoids, terpenes, omegas and plant matter..”.

By this definition, a full spectrum hemp oil retains the complete plant phyto-complex profile as seen in nature with all of the cannabinoid compounds (including a small amount of THC) plus the naturally occurring plant terpenes, essential fatty acids, flavanoids, chlorophyll and vitamins & minerals that contribute to what is known as the Entourage Effect.

The Entourage Effect refers to the harmonious interplay between the full compliment of plant components that produces a synergistic, biologic enhancing effect when consumed in combination.

When separated from the natural ensemble of plant cannabinoids (eg. removed during extraction, as in CBD-only or other isolate oils), the clinical benefits are rarely achieved. Research shows that the combination of all the molecules in the whole plant application is more effective, at lower doses, and with a much lower risk of adverse effects. 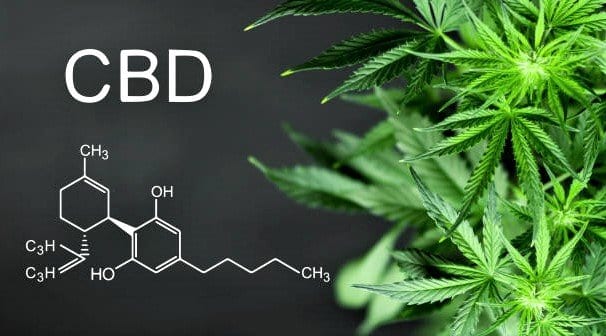 Isolates (or synthetics) have a smaller bell curve, meaning less potential to be medically beneficial before causing adverse effects.

In addition, Isolates have a higher potential for negative drug to drug interaction due to a higher dose needed to achieve positive results.

What Is In Full Spectrum Hemp Oil?

In essence, what differentiates full spectrum CBD hemp oil from the standard CBD oil or single ingredient molecular ‘isolates’ is the presence of all of the plant components that work in concert together to more effectively support and balance your dog’s normal homeostasis–just as nature intended!

The hemp plant is made up of over 100 phytocannabinoids but the two most recognized are CBD (Cannabidiol) and THC (Tetrahydrocannabinol).

In addition to these primary cannabinoids, there are several other complimentary cannabinoids in full-spectrum hemp that also have medicinal healing properties. Chief among them, CBN, CBG, CBV and a list of acidic forms like CBDA (Cannabidiolic Acid).

The type of hemp plants used to make CBD hemp extracts and other hemp-derived products are known as industrial hemp plants, the non-psychoactive (not hallucinogenic) varieties of Cannabis Sativa L. with low (less than 0.3%) or undetectable levels of tetrahydrocannabinol (THC).

Dogs are very sensitive to the psychoactive effects of THC so every effort should be made to know the concentration of all cannabinoids in a CBD product as well as understand the ramifications of accidental over-medicating with high-THC extracts intended for human only consumption.

It was previously believed that CBD isolates were more potent and concentrated than full spectrum CBD. This assertion was eventually debunked by a 2015 study at the Lautenberg Center for General Tumor Immunology in Jerusalem.

In that study, researchers were able to prove that full spectrum CBD is capable of offering greater levels of relief, as higher doses were administered to mice. By comparison, the group that was given CBD isolate did not experience the same level of relief at higher doses.

Studies have found that when you use a full spectrum hemp oil, all of the cannabinoids and terpenes naturally found in the whole plant create a synergistic effect, otherwise known as the ‘Entourage Effect’ and the interaction between all of the plant components create amplified effects as well as providing additional healing benefits. 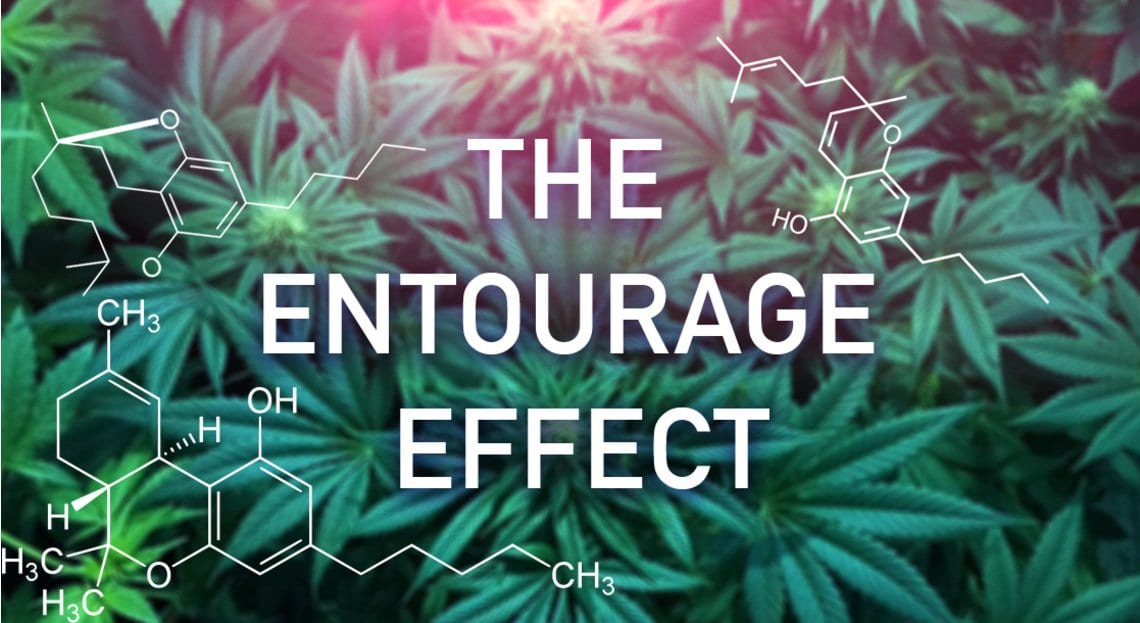 A full spectrum hemp oil contains all of the cannabinoids & terpenes naturally found in the whole plant creating a synergistic effect known as the Entourage Effect.

To futher emphasize the superior benefits of full spectrum hemp oil over broad-spectrum (where THC hs been removed) or isolate compounds of CBD, the patent statement from GW Pharmaceuticals for their Sativex product is quoted as; “…the administration of cannabinoid-containing plant extracts, are more efficacious than essentially pure cannabinoids in the prevention of neural degeneration. In particular cannabinoid-containing plant extracts comprising as a predominant cannabinoid either tetrahydrocannabinol (THC) or cannabidiol (CBD) were particularly efficacious in the prevention of neural degeneration. In fact, if one uses isolated Cannabinoids for a long time, its effectiveness wears off, where as the opposite is true of full spectrum extract”.

What Is Full Spectrum Hemp Oil Used For?

With the recent clarification of full spectrum CBD derived from hemp proven to be more clinically effective, dog owners are finding positive results for their pets suffering from painful osteoarthritis and degenerative joint disease and are successfully managing their dog’s epileptic seizures with full spectrum high-CBD hemp oil.

Studies show CBD to be very effective for decreasing nerve-related pain. Using CBD oil for dogs pain has become a popular form of treatment to manage aches and pains in canines with lymphoma, arthritis, hip dysplasia or any number of ailments that can cause physical discomfort. It is currently thought to be so effective, that more and more pet owners are choosing it instead of traditional pain killers.

Depending on the symptom or medical condition you’re trying to address with your dog, a full spectrum CBD oil can provide a greater therapeutic effect than ‘broad-spectrum’ (where THC was removed with chemical solvents) or CBD isolates, as all the cannabinoids naturally present in the plant work together in unison to support and balance your dog’s normal homeostasis.

What’s important to understand about this ‘enhanced synergistic effect’ is that each plant component increases the clinical effectiveness of each of the other ingredients present. Full spectrum hemp oil for dogs is truly an example of the therapeutic benefits being “greater than the sum of it’s parts”. 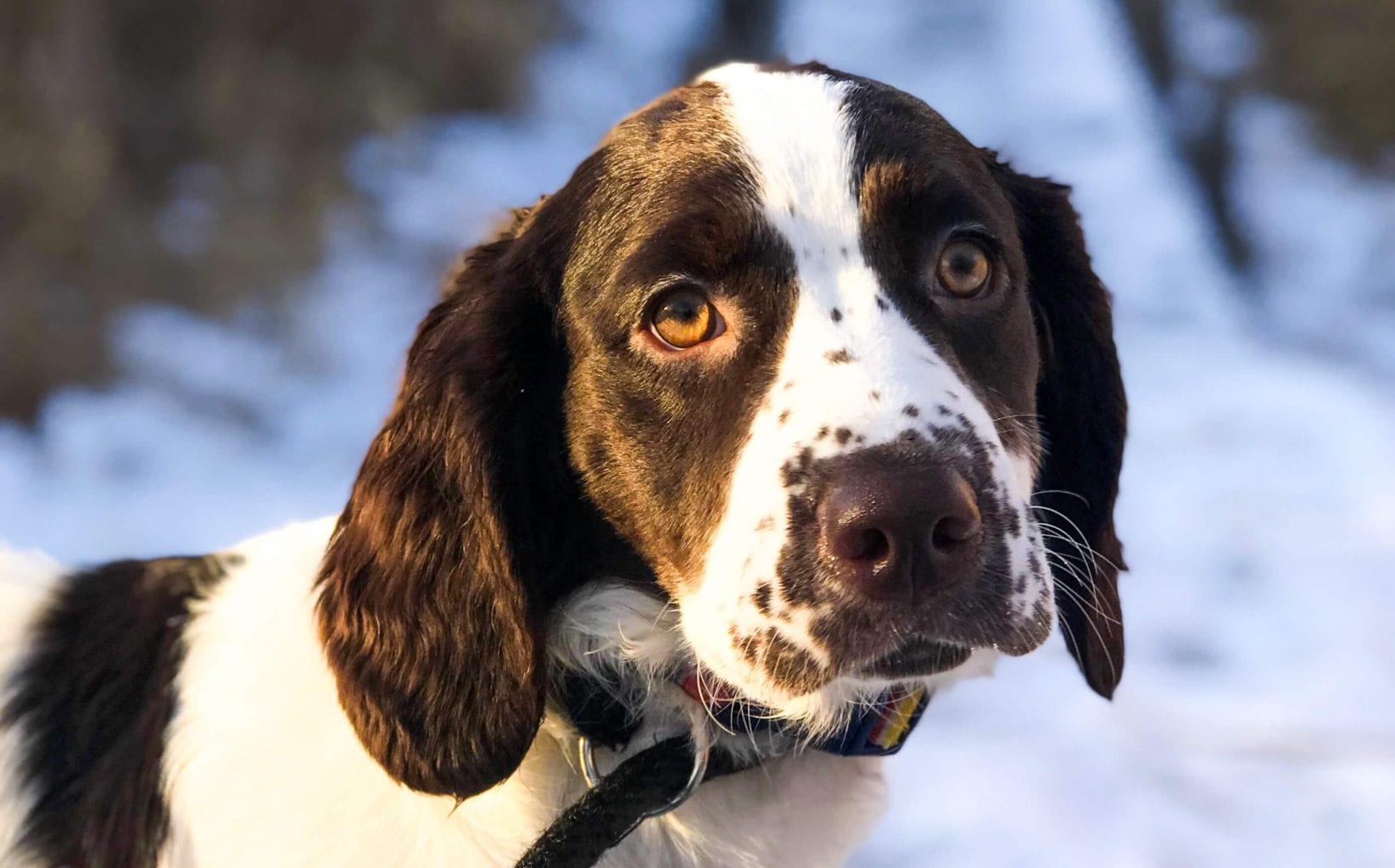 There is a long list of canine disorders that hemp CBD oil can support and balance. Here is a short list of some of the uses for hemp derived CBD oil:

Humans have been enjoying the healing effects of the hemp plant for eons. New evidence from studies on full spectrum hemp CBD extract showed that the synergy between the plant cannabinoids and terpenes yielded greater relief for neuro-degenerative conditions, including epileptic seizures so your dog can live a better life–free from pain and suffering!

The future of natural, holistic pet care looks very promising for the medicinal use of this ancient plant. Full spectrum botanical medicines like Canine Support Formula were developed as a true full-spectrum CBD to retain all of the original plant components to contribute to the all-important Entourage Effect and deliver a more efficacious clinical healing response for your dog. 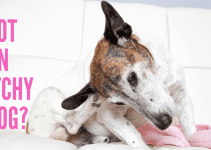 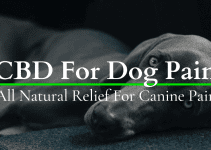